After a loooong break from blogging, here we go again :)
So, on Sunday was the Lotus Lantern Festival, which is a celebration leading up to May 24th, which is Buddhas Birthday (National Holiday yaaaay). On Sunday during the day in Insadong there are booths everywhere with Buddhist nicknacks, paintings, lantern making, clothes, >jewelry, information, workshops and a whole bunch of other things. In the evening when it starts to get darker, a bit further there is a parade as well. There were huge floats with Buddha lanterns, elephants, lotus flowers and many depictions of moments in Buddhas life. It was huuuge and very beautiful. Here are some pictures from there :) 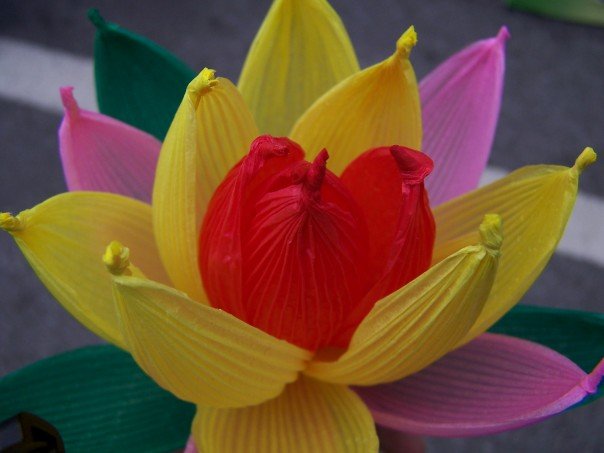 I made this, isn't it beautiful?? 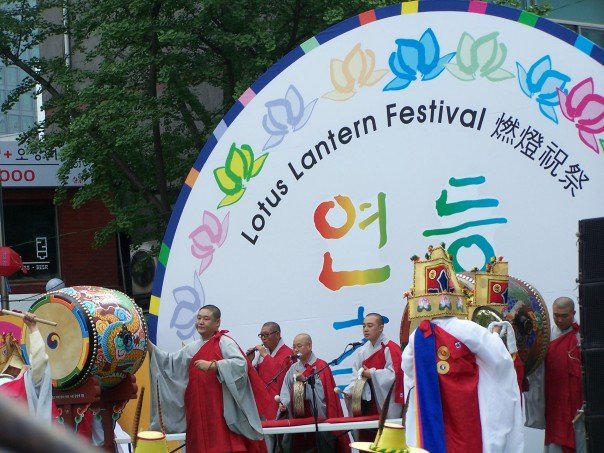 These monks were chanting and had a very interesting dance. 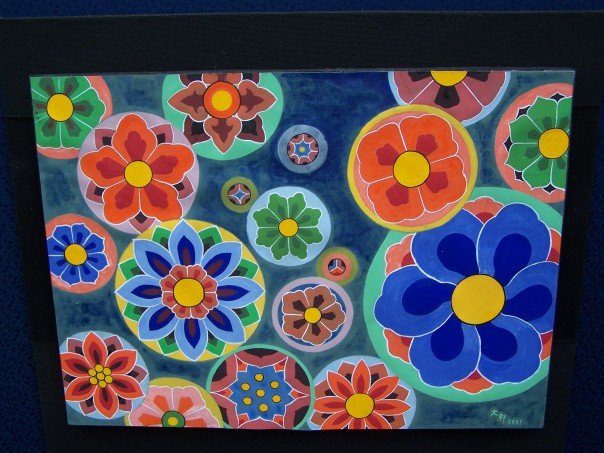 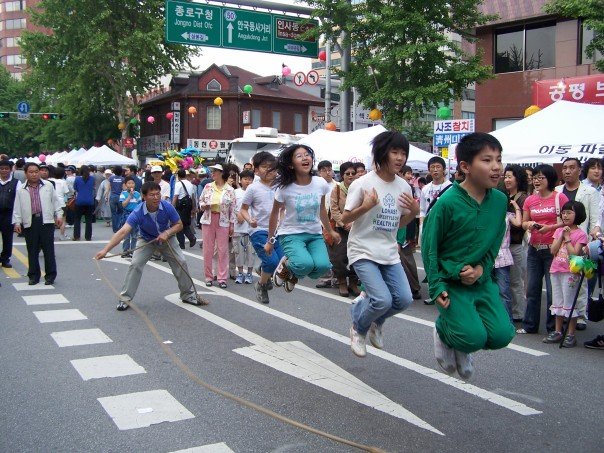 A bunch of kids were skipping rope together in the middle of the street. I almost wanted to join in, it looked like a lot of fun. 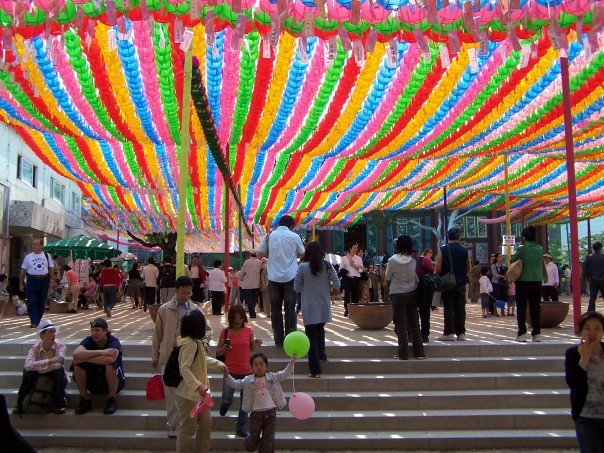 The steps up to the temple. That colourful ceiling you see is made up of many many lanterns. 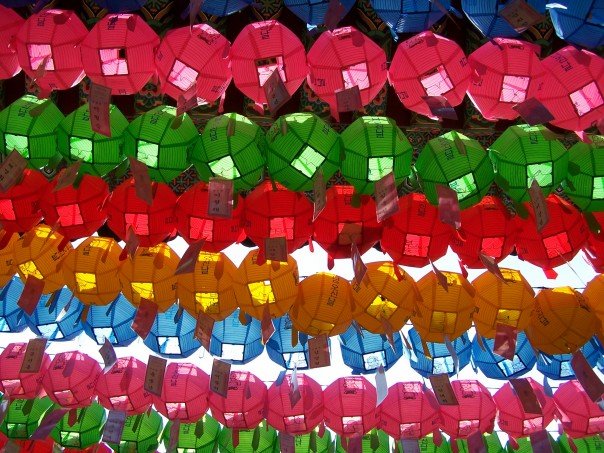 This is what the ceiling looks like close up. 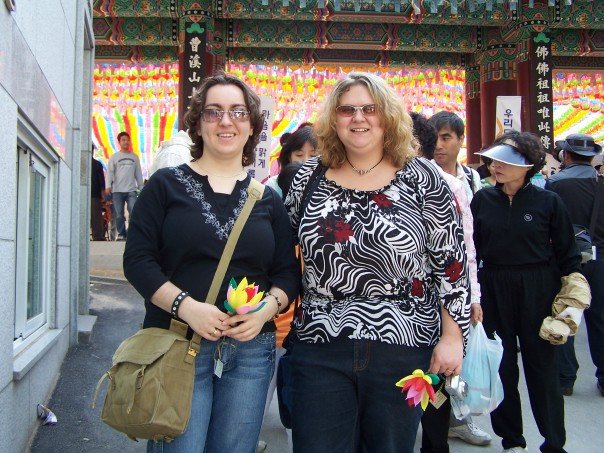 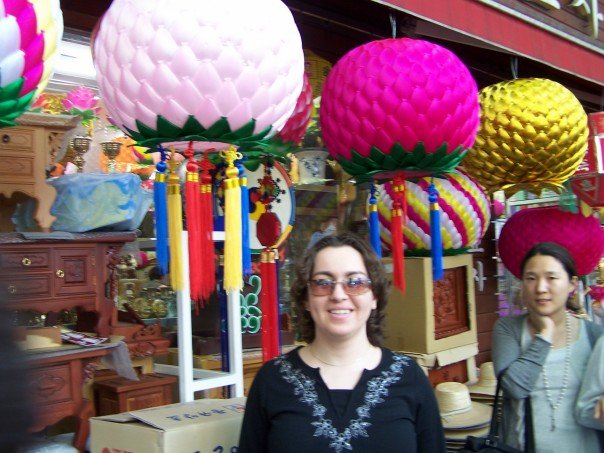 This is the more Buddhist area of the city. 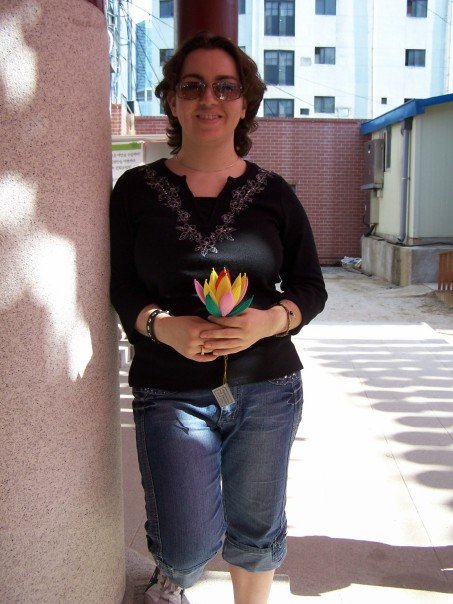 This is a really nice picture :). 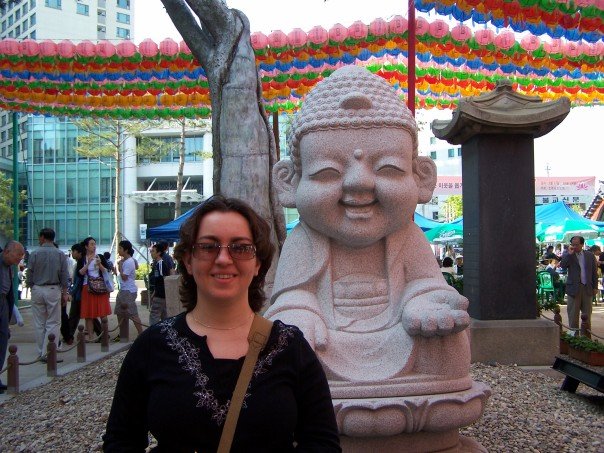 Don't we look alike?? I thought so :D 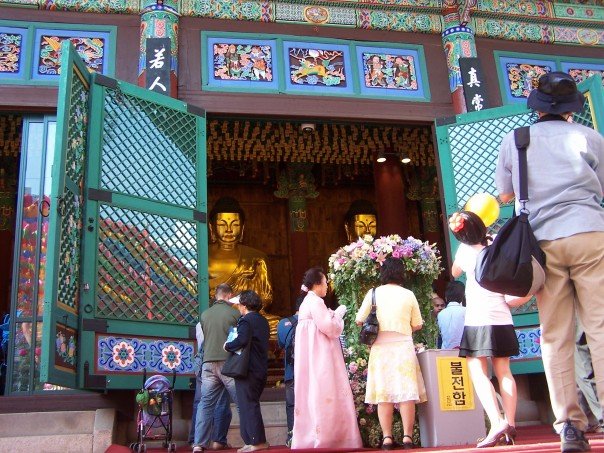 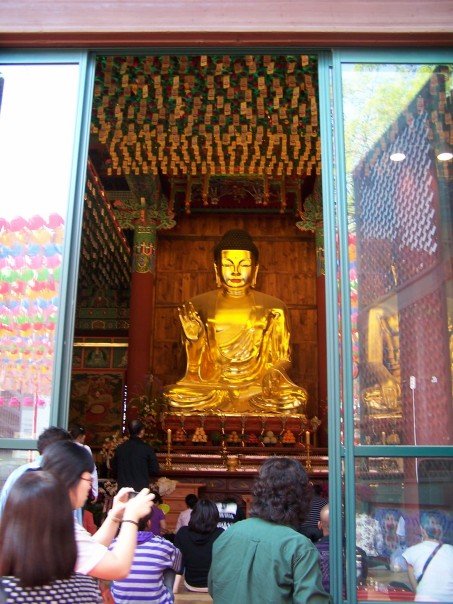 The temple, overflowing with people praying and tourists taking pictures. 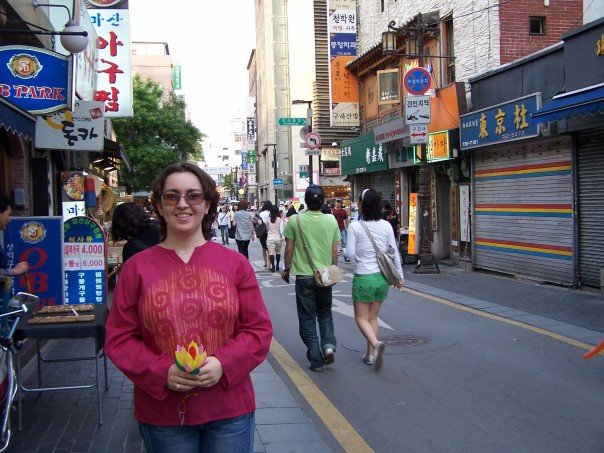 Insadong, me and my new shirt. The first of many more to come :) 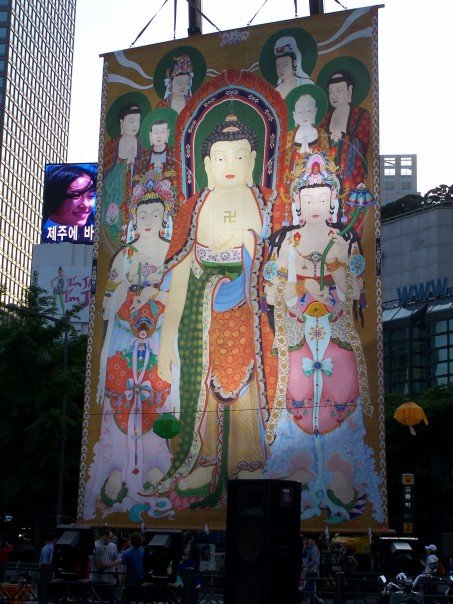 A big poster of Buddha on the street where the parade went by. 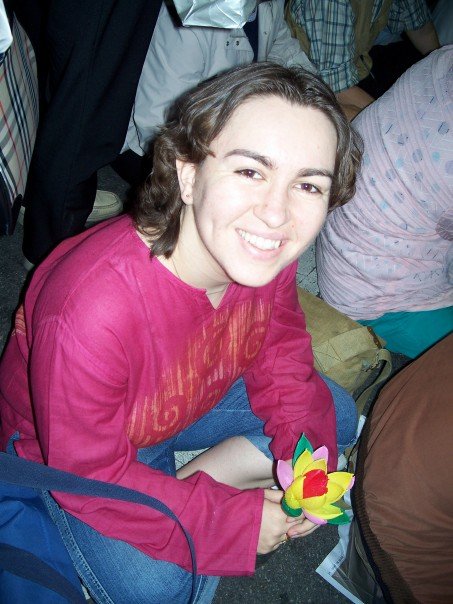 Sitting on the street, watching the lanterns go by. So nice :) 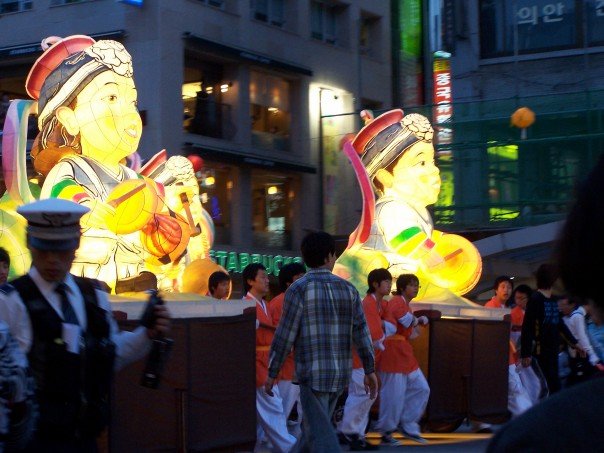 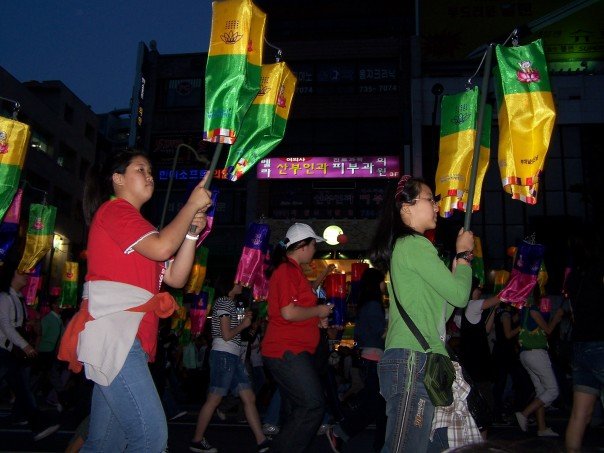 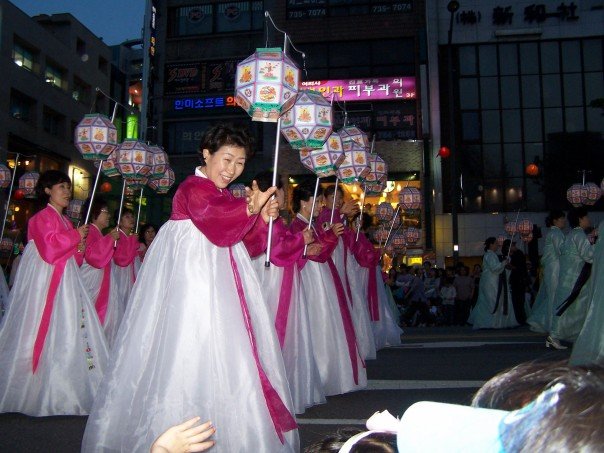 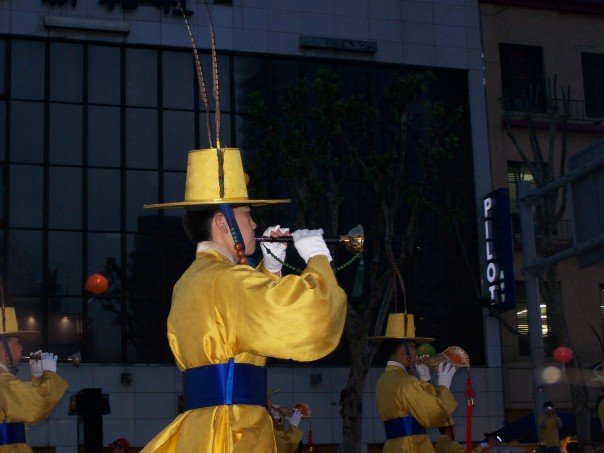 Welcome to the land of Socks and Sandals. As you all know me, I love to wear socks with sandals and flipflops... can't stand going without socks and feel my sweaty feet in a hot summer day slipping in my sandals. In Canada, socks and sandals is almost a taboo topic, hahahaha, but here, oh wow!!! Here it's different. Everyone does it, everyone wears socks and sandals. Hahahah!!! It's great.
at 7:20 AM 1 comment:

Did you know that many of the public toilets, you know in the stalls in the washrooms in subway stations or in malls and such, are like them Turkish toilets. Yup, a hole in the ground, not the nice and fancy sit down-be comfy-bring a book and relax-kind. I was quite shocked when I first saw that. I don't have a picture of one, but not to worry, I will take one next time I have my camera with me and you will definitely get to see it :).
at 7:34 PM 1 comment:

So, today was Teachers Day. It was great, the kids brought lots of cake, and I got some cute presents and letters and flowers too. Here are some pictures from today. 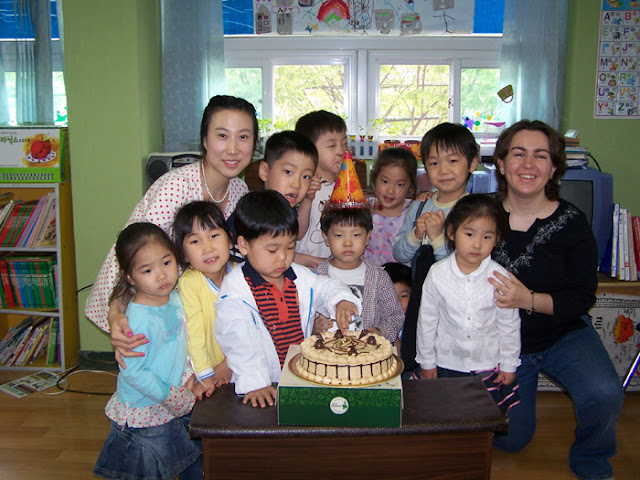 It was also someones birthday and we had some more cake and took a nice group picture with the little kids and the other kinder teacher. 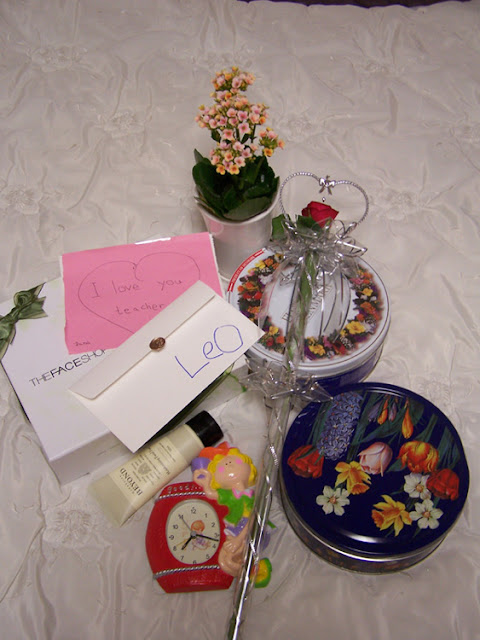 My presents all layed out nicely :) 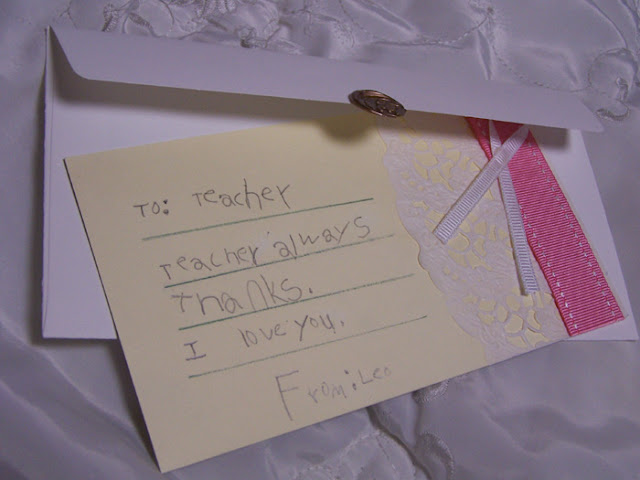 A really cute card from one of the little kids. He even drew a picture of himself on the back. Awwwww :D
at 6:39 AM 1 comment: