OK, here are the pictures you've been asking for, plus some other ones of me that I didn't get a chance to put up :). Enjoy. 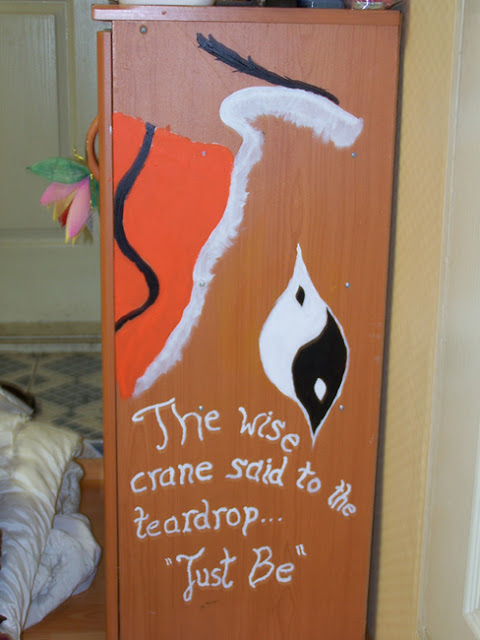 This picture again, it's the right side. 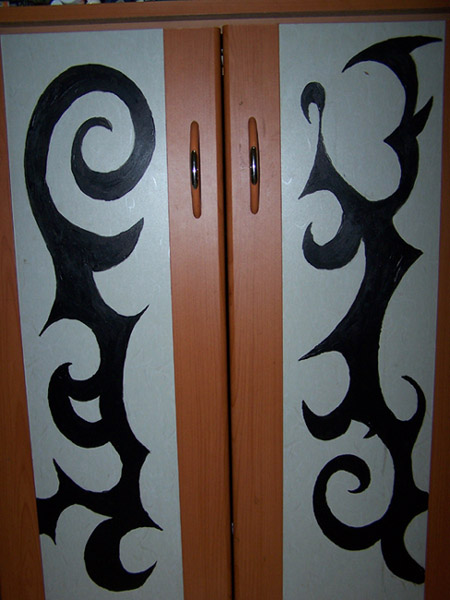 So this is the front of the cupboard. 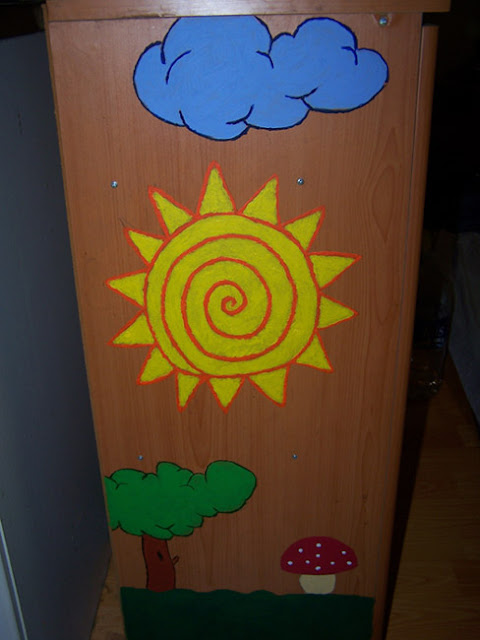 This is the left side. You can really see a transition from the first one to the last one, how I felt, my mood. It came out pretty well :). 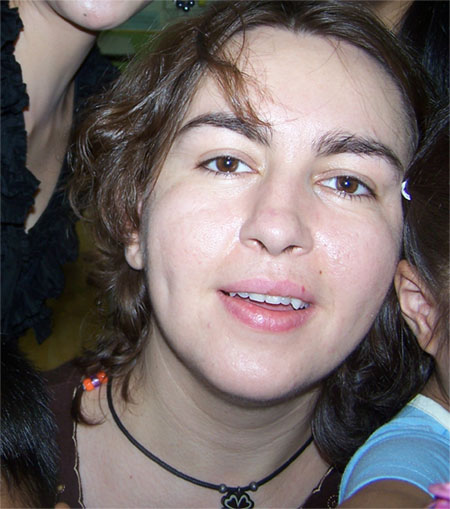 Cake? Did I see cake? Where is the cake? I thought there would be cake... OK I'm going back to sleep if there's no cake. 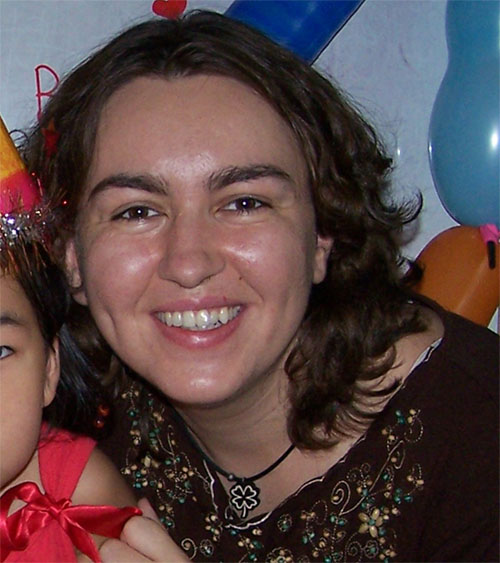 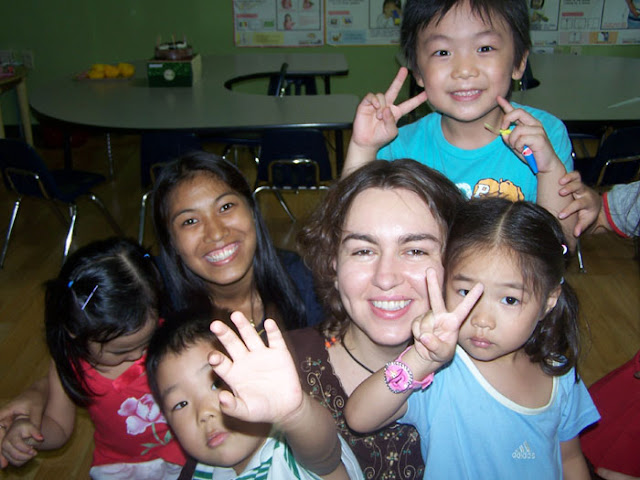 So finally, after nearly 8 months I have actually cooked something. I bought a whole bunch of different mushrooms, which are really cheap here, some onions, carrots and a whole roasted chicken stuffed with rice, garlic and ginseng. Cooked the mushrooms, carrots and the onions and then mixed the chicken (with stuff) and the mushroom mix. WOW!!!!! soooo yummy :D.

I have also finally decided on my trip for next summer. I'm going to Europe :D.

Then off to Hungary for a couple of days, then Romania and then back to Korea to start another contract in August. There won't be much time between the countries to go and visit the countries themselves, but I'll have a little bit of time between Switzerland and Austria to travel around the neighbouring countries. I don't know about that yet, but that's something I'll have to figure out when I'm there.

So, here are some recent pictures of me :) 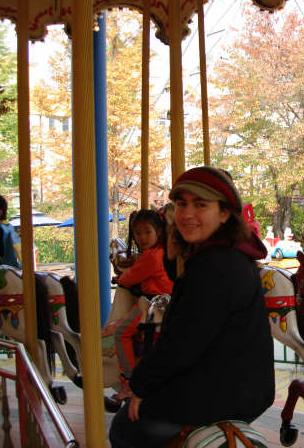 This was a field trip with the kids, and we went on a merry-go-round. Wheeee, look look, I'm riding the horsey :) 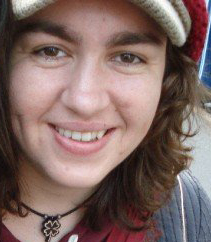 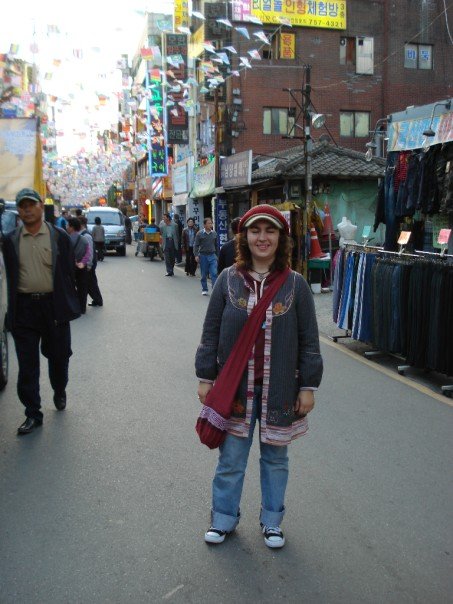 That was me around Moran subway station, walking around trying to find the infamous dog market. We didn't find it, but ended up walking through the winding roads and alleys filled with crammed houses and apartment buildings. Very interesting looking. 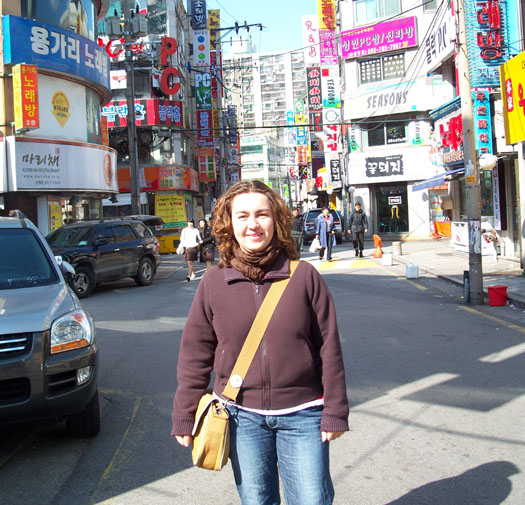 This was the first day of fall, and I was absolutely freezing. The scarf came out, I wore long-johns and an undershirt. 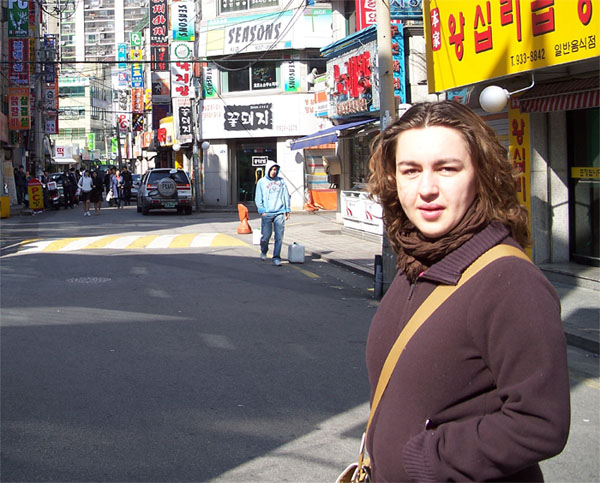 Where do I belong?

I find I am on a search for a place that will make me work hard and make me want to spend all my time in making that place special. Everywhere I go I don't feel like it's the place for me. Nothing there makes me really care so much as to involve myself fully.
at 10:09 AM 1 comment:

So here I am, struggling with figuring out what I want out of my life and well, at least I have the assurance of knowing what I don't want. Here's a little graphic demonstration :)

Light at the end of the tunnel

After the brick wall of reality finally hit, I was able to see things clearly, slightly bruised but nothing that can't be cure with the help of some intensive thinking combined with the most natural cure of all... beer. Hahahahaha.
at 9:55 AM No comments:

So, after an emotional week, the storm has come and gone, and it's time to rebuild and keep going. It's amazing what impact even the shortest of experiences can have on a character or on ones outlook on life. The bubble is bigger than imagined...
at 11:00 AM 1 comment: