After many years of being here in Korea, I finally decided to buy a Christmas Tree.

It's small, 60cm tall, but it's perfect for my small apartment.

It's red, and looks wonderful when the little lights are on. 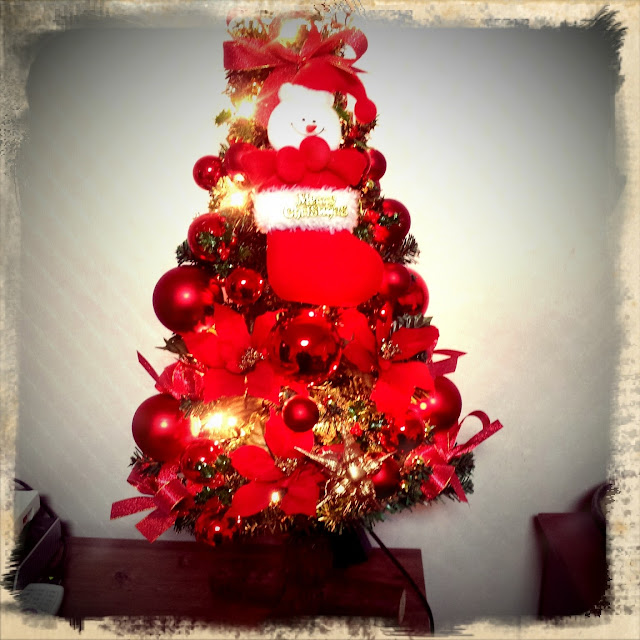 So, I've been hating on K-pop for the past 4.5 years that I've been here in Korea, and only recently, with the amazing song "I am the best" by 2NE1, have my anti-k-pop feelings been crushed.

So, this weekend a friend of mine asked me if I wanted a ticket to this fantastic and obviously immediately sold out YG concert. I had no idea who that was, but it didn't matter. I said YES!!

The energy was fantastic, the music was great, the crowd was totally into it all, and so was I. I was dancing, screaming, jumping and waving my arms like a lunatic.

I also bought a 2NE1 awesome hoodie and some other souvenirs.

I took a lot of pictures, but they were all crap, so here are the official pictures from the concert. 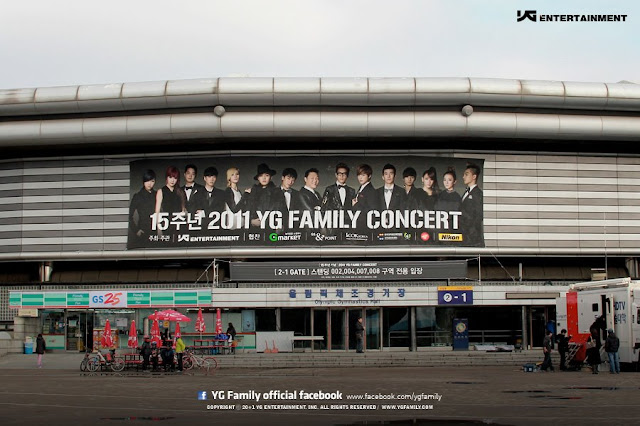 The stadium from the outside. 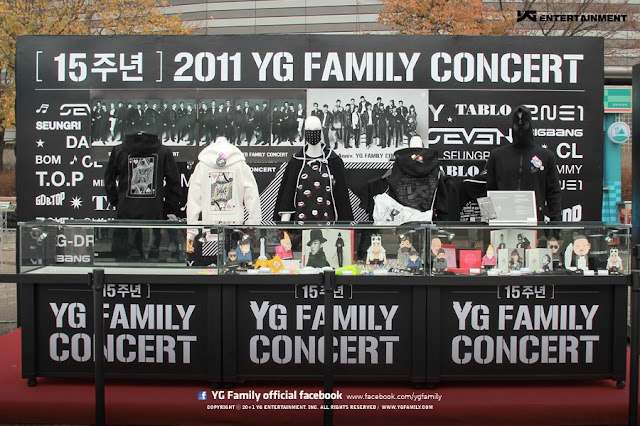 And the souvenirs. I've got the black 2NE1 hoodie on the far left. 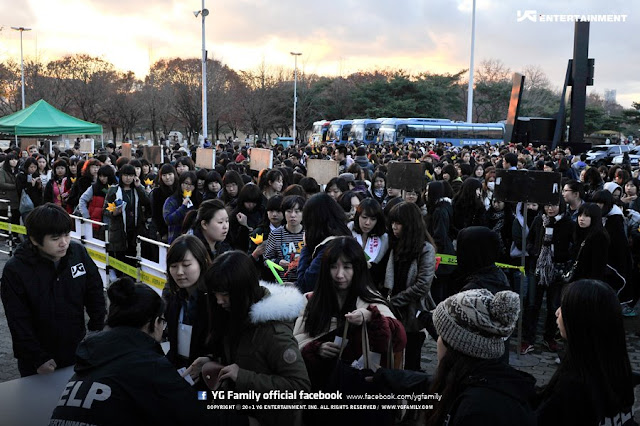 People lining up outside, ready to go in and PARTY!!! 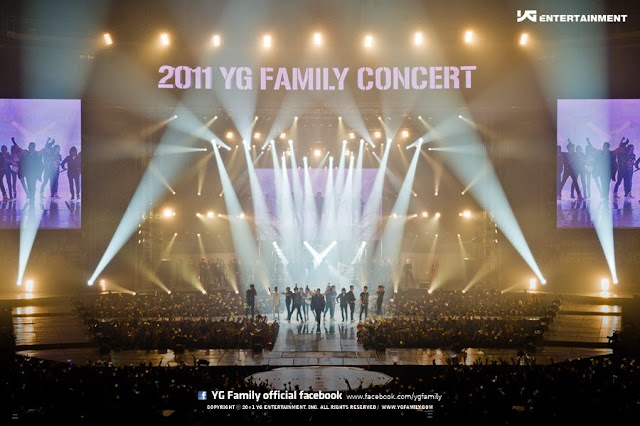 Inside, fantastic stage. I was on the far right standing and dancing. There were also seats above, but who the hell wants to sit down at a dance concert?? 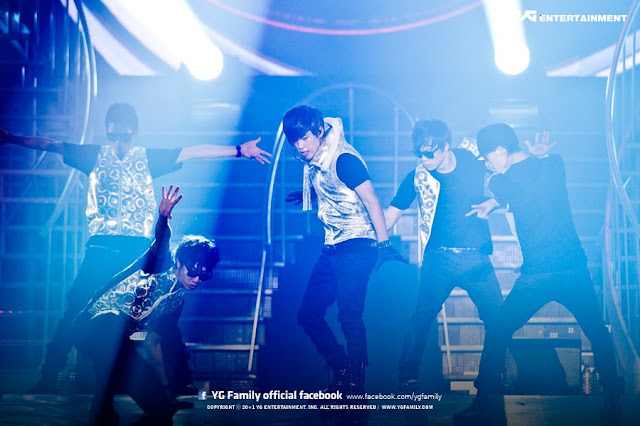 This is SE7EN. Very cool! 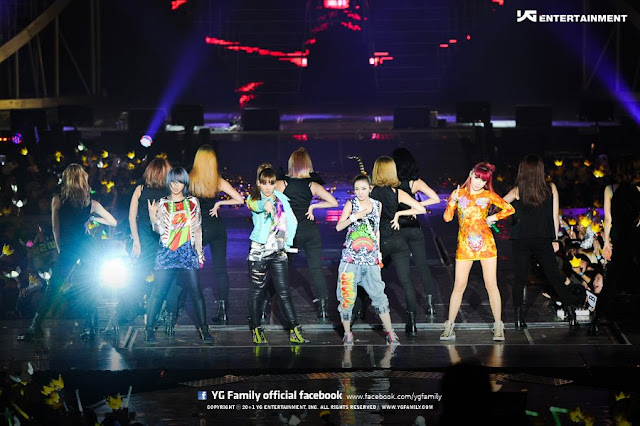 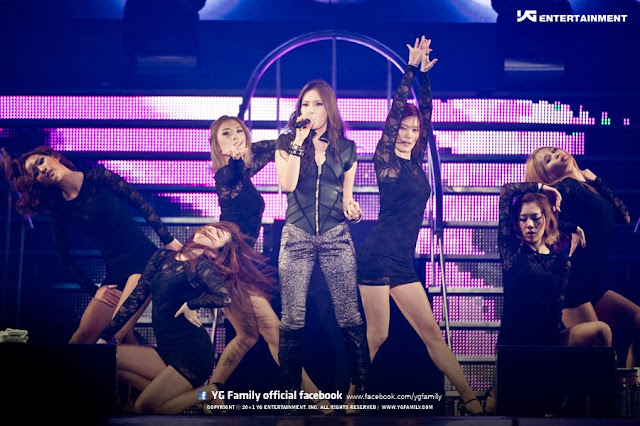 This is Gummy. She has an amazing voice!!! Brilliant! 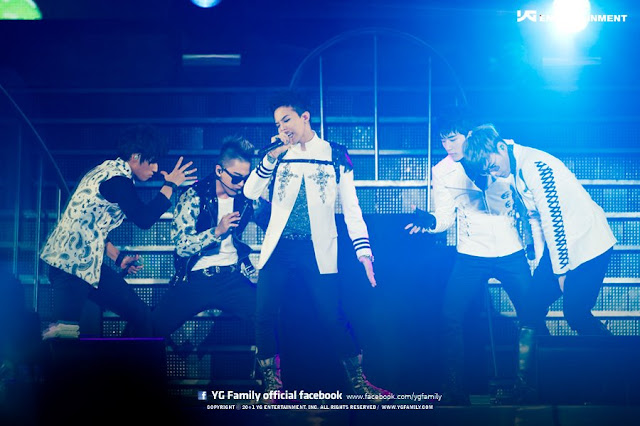 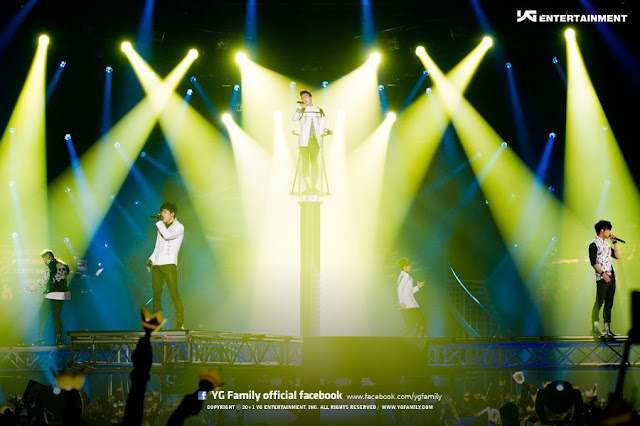 BigBang. The girls were going crazy when they came on. 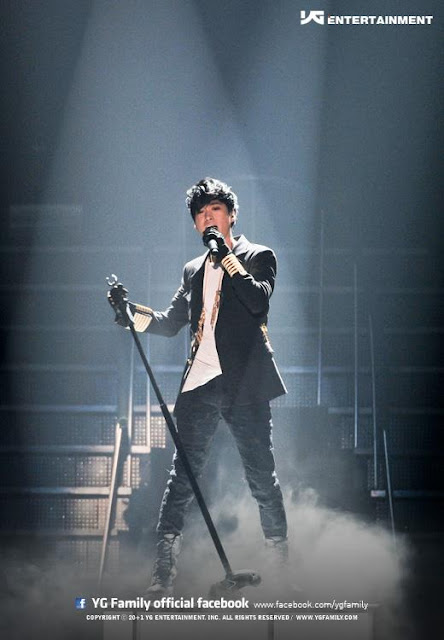 Tablo. He was alright... 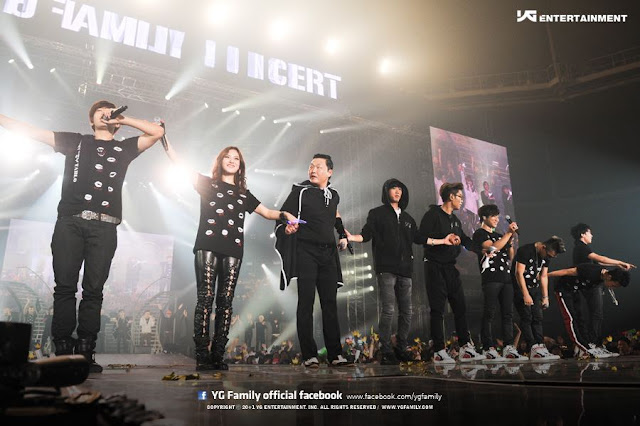