Puppy for the day

So, this morning, as I'm walking in to school, I see some students crouching at a corner.

What I saw was this small and shaking puppy. The kids took it to their teacher and then closed the door.

I went to the bathroom and when I came out, the teacher was holding the puppy in his arms and was walking down the corridor. He didn't know what to do with it, who to ask or where to leave it.

I thought about taking it home, and then I quickly realized it just wouldn't be possible. I can't have a dog. I don't have the time for a dog. And on top of that, Abby would not like it.

So, I told the teacher good luck, and painfully walked away.

I went up the 3 flights of stairs to my floor and stopped. I couldn't go further. They were gonna put that dog back outside, and who knows that would happen to it. Or a student would take it home and it would stay there until it grew up and wasn't so cute anymore, after which they'd just throw it out to wander the streets of this little village until the dog truck would come around and ultimately catch it.

Not to this little darling!

So, I went back down, 10 minutes before class would start, and I saw the puppy, terrified and shaking, being passed around from one screaming 14 year old to another.

I told the teacher I'd take it home with me. I have a carrier. The puppy can stay there until I'm home, and then I'd take it to the nearby town to a good vet, who will find it a good home.

There are a few people who have expressed interest in adopting her, and until then, she's safe and warm and taken care of at a really good place in Sokcho.

Here are some pictures. 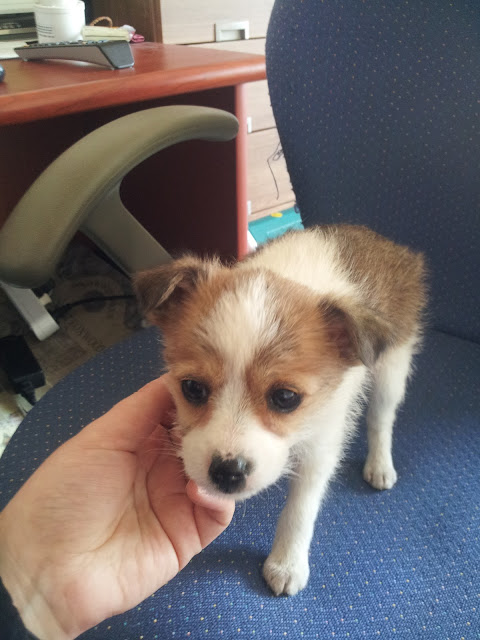 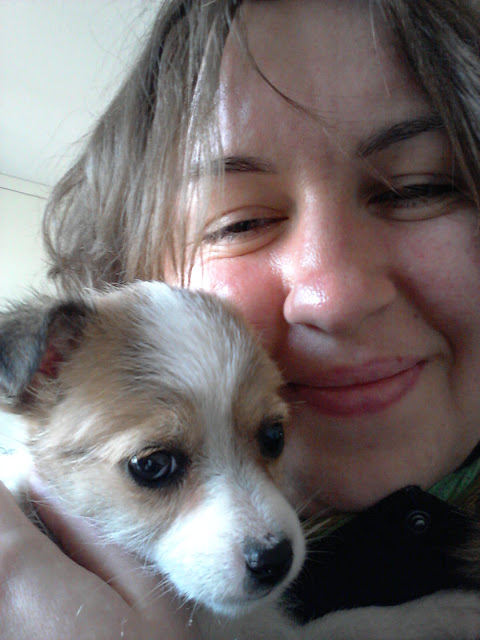 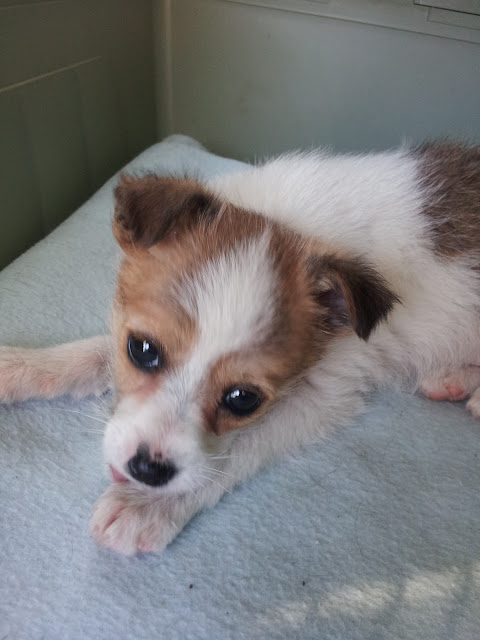 Good. VERY GOOD! Do what's right, othervise it will hount you down and it's not pleasant, I lell you. I hope that at your farm place you will be able to help even more.
Love,
D.A.N.