So, every year, there is this salmon festival in a city called Yang Yang. It’s about 2 hours away from where I live. I’ve missed it every year, so this year, when it came around, I made sure to buy my ticket and get in on the fun. The whole point of the festival is to enjoy salmon. And to do so, you have to catch it yourself. With your own hands, as you stumble around in the freezing water.
Well, I did it :)

The first picture here, as you can see, is a bunch of people either getting ready to go into the water, either already finished catching their fish, or just watching as everyone else does so. 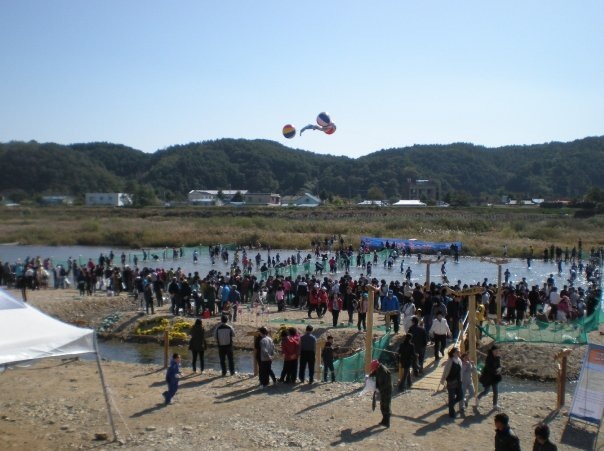 There was a really cute family with matching outfits and long rubber boots. Now they came prepared. 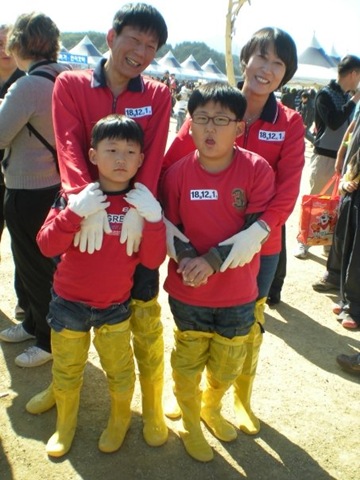 I didn’t. I had to borrow some pants from Josh, and I was going to borrow some flip flops from Popy (his wife), but she had only little in-between-the-toe shoes, so that wasn’t going to work. So, I decided to go barefoot, not realizing that this whole thing wasn’t happening on a beach somewhere but in an actual river, that is usually rocky.
It was challenging.

But I did catch my own fish :) 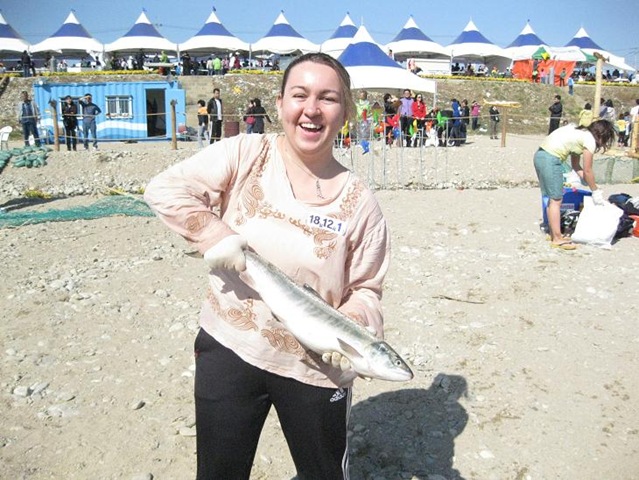 After I caught my fish, I took it to this table where they smear it with some black paint and get an imprint of it on a paper that you can hang on your wall later. 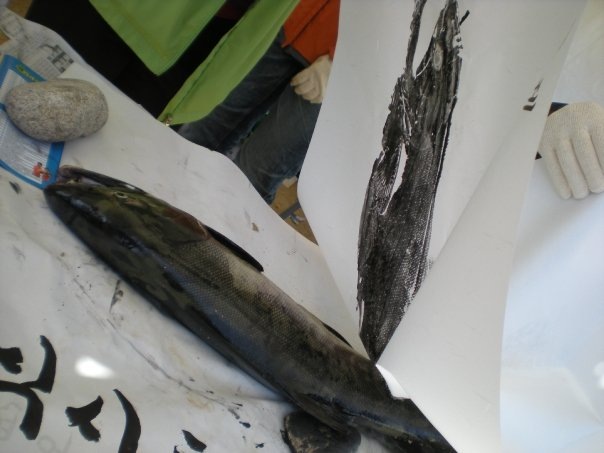 And then I took my fish to get it chopped up and cleaned. Yay!
It had a lot of eggs too which I cooked later in a sort of small patty. 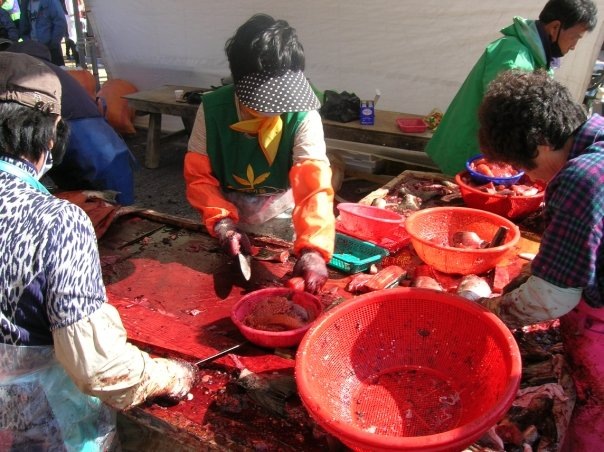 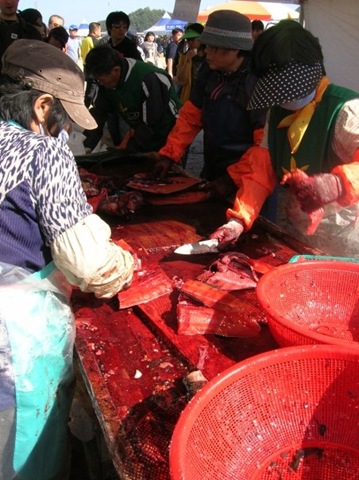 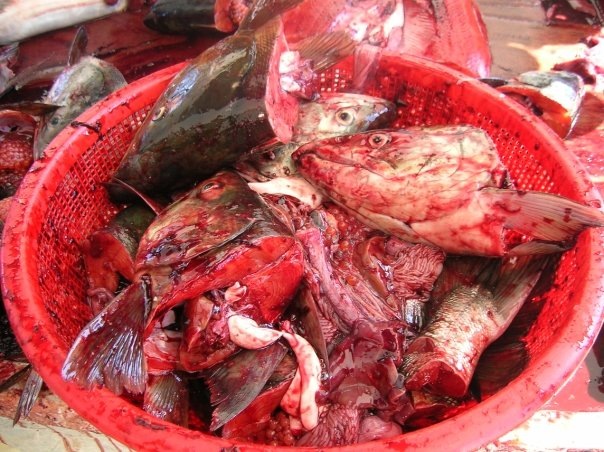